Carl Mannerheim Equestrian Statue in Helsinki, Finland
Baron Carl Mannerheim was Finland’s major military leader from 1918 through World War II when he then became the country’s president. He is credited with helping Finland secure their independence from Russia. Mannerheim also established order during the subsequent civil war and protected his countrymen from a potential fall to the Soviet Union. As a result, he is often called the father of modern Finland. This 38 foot equestrian monument was sculpted in bronze by Aimo Tukainen and erected in 1960. It is located on Mannerheim Street, named after this national hero. 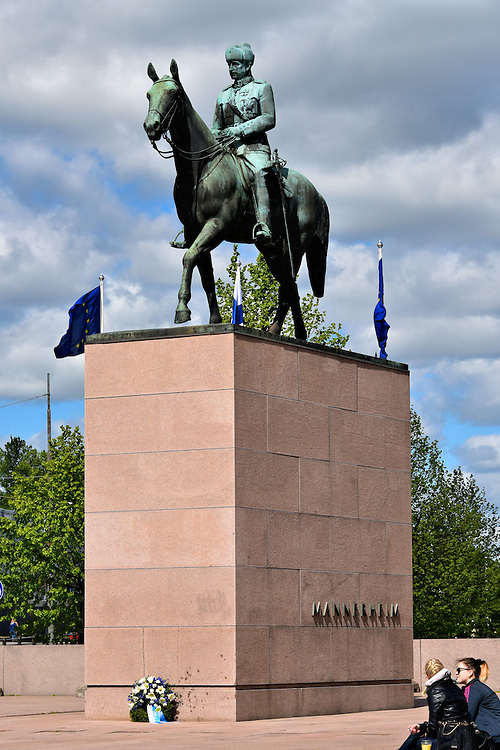