Kagoshima City Museum of Art in Kagoshima, Japan
Kagoshima City Museum of Art exhibits traditional and modern works by local artists plus select pieces from famous painters like Monet, Renoir, Picasso and Warhol. There are about 2,000 pieces in the collection. You will be impressed from the moment you walk beneath the large glass dome. People familiar with the unconventional realism style of French sculptor Auguste Rodin will recognize the bronze “Eustache de Saint Pierre” in front. This cast was one of the figures in “The Burghers of Calais” ensemble finished in 1889. It depicts the capitulation of Calais to England in 1347 when the town leaders were forced to surrender wearing nooses around their necks. 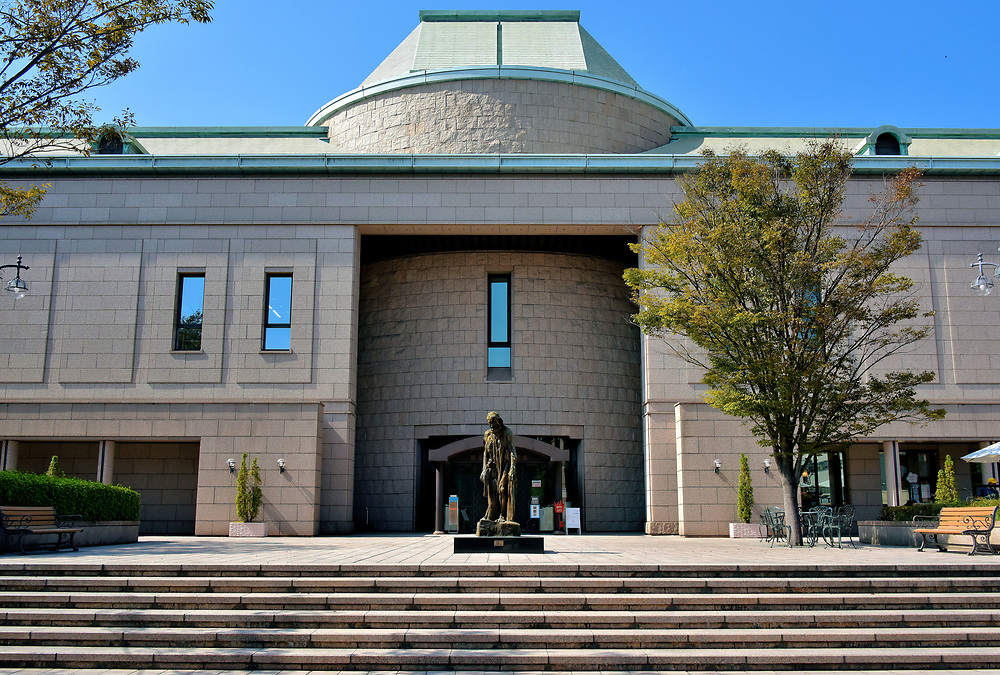